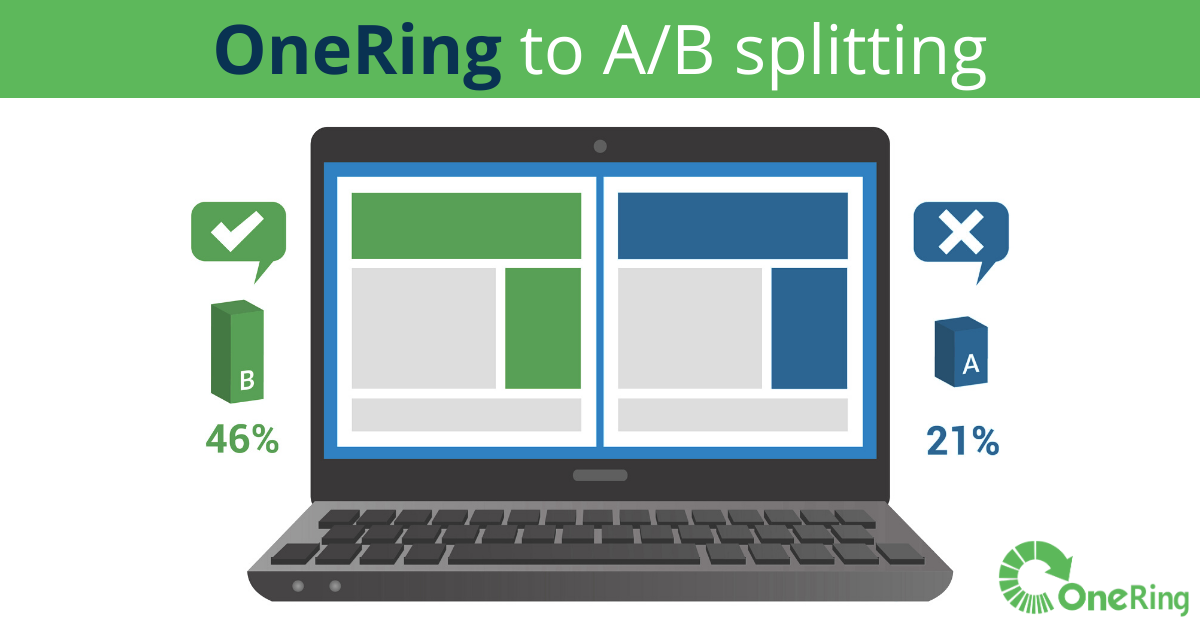 In any product campaign, the most important thing to know is the result after it’s done. Along with having an unique idea for marketing the product and a good source to launch it, the next great thing needed is great result.

Mostly campaigns run during festivals, important days, weekends etc. because of it’s high success rates. Running campaigns without measuring success is like you are leaving money open on the table. But how to know which of campaigns fetched you more success? How to measure the results of the campaign with same criteria?

The answer to this question is the A/B split testing method. It is basically a method of comparing the performance of two different web-page, email or some other marketing asset. An act of running a simultaneous experiment between two or more variants of a page to see which one performs better. To know the insights of the campaign A/B split testing should be the tool.

Every minute detail makes a difference in campaigns which show up in their varying results. The conversion rates get affected by any minor mistake. It is always important to find out that mistake and rectify it. This can save much of the budget spent behind the campaign and to make the value of money, every result should be best.

Many a times during a campaign the words, phrases, images, videos, testimonials, content, anything can create a difference. Any minute changes can affect the conversion rate and thus its important to analyze them. Testing the results of two campaigns at two time periods can give an appropriate idea about where to invest next time and which way to invest.

For an example, if a brand runs a campaign during Diwali and the same brand runs a campaign during Holi. Now in the gap of these two periods, the number of audience, the type of audience in that campaign area may change up to a quite big extent. Hence, there are all the possibilities that the results will vary. Through A/B split testing, the companies of the results of both the campaigns can be easily done. Now these results help detect the lock in the campaign resulting in lower conversion rate. This makes it easier for the brand to analyze and work over it. The reason for revenue difference can be anything. Bit to make a better worth of the money invested in campaigns, its always important to know the smarter investment.

Many a times, in the company a large team of members of analyse these results. To find the success rate and then knowing the difference between the success rate of two campaigns. OneRing provides the audience with an exclusive feature of comparing the results of a campaign run during two different time periods of a year.

OneRing’s A/B split testing helps a company measure the result of its campaign run during completely different seasons. It provides with the deep insights of the results, will play a good role in, improvisation of the things lacking in a lower conversion rate campaign.

The special statistical view on OneRing’s dashboard of the results, will make it easier for any layman to understand. No experts will be needed for analyzing purpose. Hence, the need of having a team for this purpose will just be eliminated. This can be handled by a single person. Importantly, the results measuring gets easier if the campaign during the periods is done by the same number. OneRing gives an exclusive policy of providing, the same number for the campaign resulting into more accurate comparison between the results of the campaign in a single page view options.

As mentioned before, the campaign without measuring results is like leaving money on the table. The other half important part of any campaign after the marketing campaign is to know the results. OneRing’s A/B split testing feature can help in this tedious work resulting into a great successful campaign.